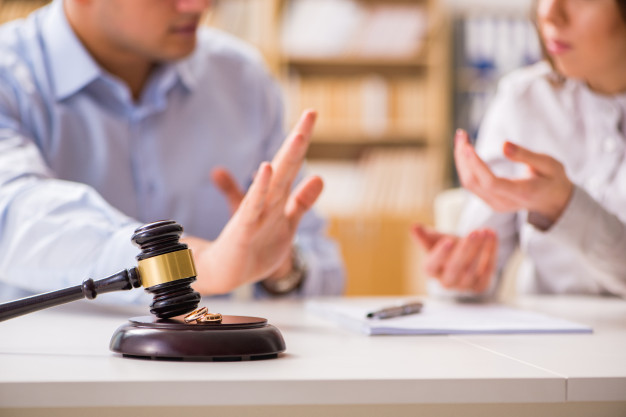 I am a 30 year-old-woman. I got married in 2014. Before that I worked as a receptionist in a renowned business firm. As I never intended to go against my parents wish I married a 37 years old businessman of their choice.  But on our first night I found out his reluctance in cohabitation which seemed wired to me but not unusual as this was our first stay together.  But my doubt grounded strong when I realized that he is incompetent of establishing sexual cohabitation. My heart was broken when he confessed to me that he has been impotent for so long which he kept hidden from my parents. I took him to doctor and kabiraj but his situation did not improve. I had a dream of having a heavenly family with my husband and children. Now my dream is doomed. Initially I kept it hidden from my parents, but later, finding no other effective way I told my parents about the matter.  They told to me to procure a divorce. But I know nothing about the procedure. Can I divorce him on the ground of impotency? My dower money was fixed 10 lac, in this respect how much money I have to relinquish?  I shall be ever grateful if you please tell me in details the exact process by which I can divorce my husband.

Your query can easily be divided into two parts: i) whether you have the right to divorce. If then, what is the appropriate process? ii) After declaring divorce what would be the possible settlement against your dower claim? Followings are the straightforward solutions for you:

Divorce Process: Your name suggests that you are a Muslim, thus, the Rules of Muslim Law will apply to your case. A muslim woman can declare a divorce to her husband if the Kabinnama Empowers her with that right; and containing such a clause has been made mandatory by the Government (usually clause 18 of the Kabinnama contains this condition). This is called Talaq-e-Tawfiz. Nevertheless, the reason you mentioned here (impotency of your husband, for which you may get a decree in favour of declaration of divorce from the family court as well) is one of the crucial reasons for what a wife can enjoy the right to declare divorce to her husband. In such a case you may start the separation process amicably (Talaq-e-Khula) or you can declare divorce to your husband and send a notice to him and the authority concern (Talaq-e-Tawfiz). Though Talaq-e-Khula commences its functions expeditiously and you may get your divorce certificate immediately; you may have to abandon your dower claims in this way. Thus, the only process best suits to you is using the method of Talaq-e-Tawfiz. The process is very simple and requires multi-folded steps. Step-1: You will declare Talaq and make written document of it (through your appointed lawyer or government Nikah Registrar or by yourself). Step-2: instantaneously send the Talaq notice (registered post is preferred) to the addresses of your husband and the concern government authority (usually City Corporation or Municipality Office) and wait for 90 days (three months). Step-3: The authority will start an Arbitration Case and set a date in each month to keep the door of negotiation open. Step-4: If within the 3 dates (3 months) no settlement is agreed then the authority will issue an Order accordingly. Step-5: Collect the Order sheet of the Arbitration Case and go to a local Nikah & Divorce Registrar’s Office (Kazi Office). They will check the “Balam Book” and after a formal verification will issue a Divorce Certificate accordingly.

Afterwards, if you want to marry again you must wait for 3 period circles that is to say that you must observe Iddath Period. Nevertheless, the law suggests that your husband may seek time before the family court (usually 1 year) to overcome the medical condition (impotency) through appropriate treatment and may be allowed to the same but as your case suggests that he already exhausted this process too, in my opinion, there is no legal bar to proceed for declaring divorce.

It is noteworthy that in Hindu Law there is no concept of divorce. Thus, a hindu man/woman may prepare a “Deed on Declaration of Separation” whereby, all the legal rights and liabilities will be declared to have terminated!

Dower Money: Sexual intercourse purifies the right to dower. If you two have not, at all, gone through any sexual activities, you will be entitled to half of the amount of total dower money (if any portion is realized at the time of or after marriage, that amount shall be deducted). Conversely, if the marriage is consummated or sexual intercourse has been performed then you will be entitled to the entire amount of dower money (i.e. 10 lacs).

Hope, you got your answers. Thank you for your queries.

Last winter vacation, I went to my parent’s house in my home district. We are three brothers. One lives in Australia with his wife and the other one lived here with his family. I got involved in a quarrel with my brother over some money which my father gave him for business purpose. Later my brother’s brother-in-law, a local AL leader complained against me in local police station and tried to force the OC of PS to arrest me on the plea that I have broken all the valuable things of his sister. As the  O.C refused of filing the false case  he became very angry with the OC and by using political influence posted that OC in remote area. After that incident, I along with my parents came back to Dhaka. By this time new OC joined in that PS and that political leader used him to made false GD on his self-made complaint. After my post-graduation, I applied five times in different govt organisations and was selected. But in every case my police report came negative. By this way my career has been ruined totally. My question is-

After perusing your problem I find a blend of social, legal and political aspects though I prefer to remark your case mainly as a social problem. It is very difficult to answer the issues at your satisfaction from exclusive legal point of view. Whatever happened between you and your brother’s family is totally unfortunate and may come within the ambit of “Family Matters”. It is said that causing little damage to households at the spur of the moment should not be the concern of law or of any outsider; as law usually tends to overlook trivial issues that we face in our everyday life. Also law has categorised criminal activities as cognizable and non-cognizable according to the degree of potential harm. When any issue attracts the ingredients of any of the offences as defined in the Penal Code or any other punitive law, then police may interfere through their own course or on the basis of written complain. You have raised several questions; it is better to answer them categorically.

Firstly, do you have any concrete prove that that political leader is mastering the key to make negative police report? If not, in this circumstance, you cannot take any action against the political leader. Nevertheless, you may entry a separate GD recording the entire fact of harm you are suffering from and your suspicion in this respect as well. If you can collect sufficient evidence of that political leader’s involvement with these heinous activities, this GD may supplement you to start a successful criminal action against him (your situation may potentially attract the provisions of section 120 Kha, 209, 211 and 500 etc. of the Penal Code, 1860). Secondly, it is not clear from the fact that whether any formal criminal complaint has been initiated against you or they have merely recorded the matter in the General Diary (GD). I find no reason that a mere GD will be so strongly influential to compel a negative police report. Besides, I am not sure about what exactly he recorded in the GD. A GD entry without fulfilling the requirements of FIR cannot be said as the initiation of a criminal proceeding [10 BLC (HCD) 565]. If no formal criminal process is lodged, you may bring the matter in the concern of your local councilor or chairman and if required, journalists. Or you may directly write to your local SP.  It would be better to solve the issue socially. There is nothing to make void unless a legal process is in action.

Thirdly, if there is no criminal case against you, I find no reason to provide a negative report. The Govt. and the NGO’s, as of practice, make recruitment subject to the police report. Govt. can, if so wants, verify the police dossier but the NGO’s do not have any mechanism to do so. As far as I know, NSI personnel generally inquire and prepare such report. In that case, that officer is supposed to visit to your given address. You should try contact him directly at the local office and explain the entire thing, if you feel necessary. Or you may try next exam providing a separate (current) address.

Your forth question has no satisfactory legal solution. This issue needs social research. Mentioning social awareness, rule of law, political honesty, transparent political practice and accountability can theoretically be an answer to avoid this question.

Finally, Police is not usually empowered to interfere with anybody’s family problem unless that goes scale far from addressing as trivial. If the offence is cognizable in nature, then police may interfere directly; no matter if the conflicting parties are family members.